"We, the people of Nabia look up as They pass overhead. Some murmer words of reverance. Some cheer and wave for Thier attension. While others shout mockeries to thier quiet oblivion. Very rarely do these denizens of the sky occupy themselfs with the folks below, for they are lost in peaceful wanderings, dreamy thoughts, a watchful awareness.

They come down only to eat those things that they eat, but they always choose places away from the teeming masses of people. When they are discovered, they may talk. And when they talk, they may talk for hours. They speak of times they have watched over humanity in its better times. They may speak of things humanity has done. They may speak in riddles of things to come. They have been watching and may give words of advice that better suite the goals of a person in question. They may even joke and tease the mere mortals. But they never speak of each other. And they always leave before a human has a chance to touch them.

It would seem that they are becoming more wary of us mere mortals. They're waiting for something, anticipating an event. But what kind of event?

Is it a war? No, it cant be. Those among the clouds have watched us do battle for many millenia never involving themselfs in battle in living memory.

Whatever they are wary of, it has something to do with us. They may have seen it coming for centuries. Mabee they fear the day when all that is wrong with humanity comes out and they may at last make war with us. I fear they may be correct in fearing the future. I myself would fear the day we would have to fight them, for they are far wiser and very powerful.

I can't wait to meet one again and ask it, if my days arn't over before that day comes."


So basicly, my idea is that of a world inhabited by humans and these immortal sky people, which I will call "Cloud Wakers" unless I have a better name. There will be magics and magic users in the world and there will be some monsters to fight. And once people join I will unveal a surprise for the sake of the story.

Well, what do y'all think? 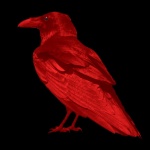 oops... i missed the announcement... Where DOES this go?